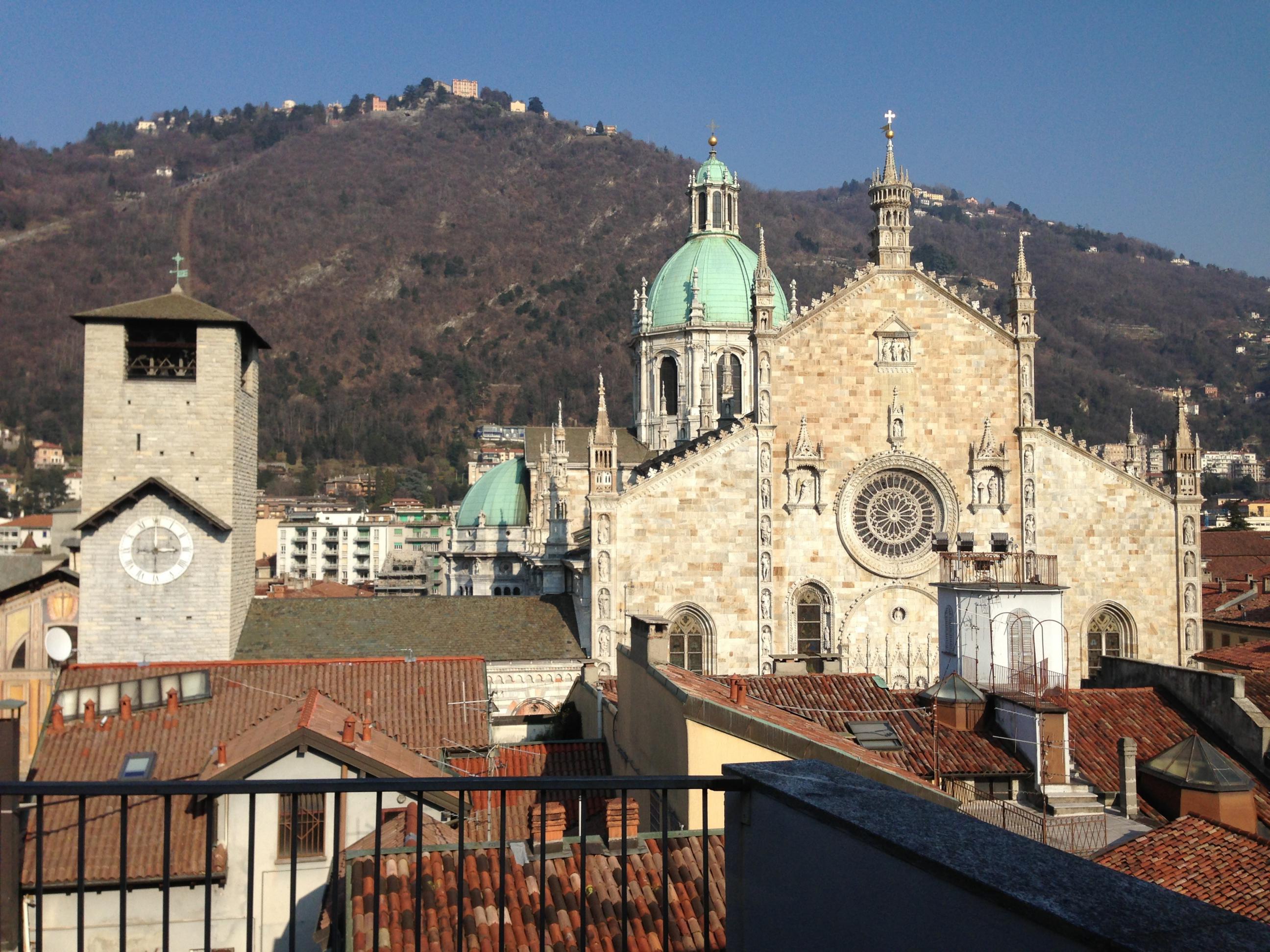 Spanish rule
After the very short and, difficult to judge, French rule, Como was submitted to almost two centuries (1.535-1.713) of Spanish rule. The Spanish imposed a never ending and unbearable taxation which led to the decline of the local trade, handicrafts and of the economy as a whole. This was a great damage for Como which, at that time, counted about 16.000 inhabitants. Como was, in fact, a rich town thanks to its wools workshops, to the “pannilani”, to its weavers, to its haberdashers, to its dyeworks and, in particular, thanks to its factories for silk cloths. To collect money, the Spanish rulers used to sell estates and rights to local “Lords” who in turn oppressed the people and extorted money from them. The “bravi” (the wild ones) described by Alessandro Manzoni as unscrupulous ruffians, often with criminal records, hired themselves out for the collecting of taxes and accomplished their task through tyranny and intimidation, thus infringing upon the rights of the weak. Famine, outbreaks of plague and violence were the typical features of this time, which could be considered as the darkest age in the history of Como. As if that was not enough, because of the promixity of the Protestant Swiss canton of Graubunden, Martin Luther’s Reformation found followers in the Como territory, too. As a result, the bishops in Como, following the example of S. Charles in Milan, took a very authoritative and firm stand, and adhered strictly to the dictates of the Council of Trent.

In this regard, two bishops, Giangiacomo Volpi and Francesco Ninguarda, deserve, mentioning. They represented not only the Church but, through their zeal, they set above all an example for the parish priests. Another distinguished figure was Tolomeo Gallio, the Pope’s secretary, bishop and cardinal, learned humanist and competent statesman whose name is linked to the Gallio Boarding School. At present, the Gallio school is managed by the Somaschi Patres, outstanding in the education and training of the young. Another famous citizen of Como was Benedetto Odescalchi, born in 1.611. He was descended from an aristocratic family, as we can see from his family’s palace located in Via Volta (13th century). In 1.676 he was appointed Pope and received the name of Benedect XI. He was a defender of the Roman Catholic Church against Roi Soleil’s authoritarianism, who in turn strongly supported the supremacy of politics over religion. Unfortunately, these famous people did not free Como from poverty and oppression: the Spanish were very narrow-minded, their political management was quite cruel and thus they were unable to envisage any possible cooperation between oppressed and oppressors.
Austrian rule
Charles II died without an heir; a protracted struggle to control Lombardy ensued. With the treaties of Utrech (1.713) and Rastadt (1.714), Lombardy was eventually handed over to the Austrians. Risorgimento critics hold a negative opinion of the Austrian rule. However, thanks to their enlightened government and their sense of justice and oder, in a few decades, they managed to save that region from lethargy and decay. In Como, the first steps were made by Charles VI.
casa del fisico AlessandroHe promoted the development of the textile industry and of furniture handicrafts. In addition, he introduced a more equitable taxation. Under his rule, the Cathedral dome – designed by D. Fontana – was built with the technical advice of Filippo Juvara, a famous architect who worked for the Savoy royal family and whose fame is, due in particular, to the Basilica of Superga, located in the hills around Turin. Partly destroyed by the fire in 1.935, the Cathedral dome was restored soon thereafter with the original design fully preserved. In 1.740, Maria Theresa succeded Charles VI. She wanted to make the basis of taxation uniform and, thus, she introduced the so called “land register”, namely a map of the value, extent and ownership of land, drawn up with the help of very reliable scientific instruments and which made it possible to register aristocratic families and religious bodies. The Theresian records are still preserved in the State archives, located in Via Briantea. With the Austrian reformism, which was developed further under Joseph II – Maria Theresa’s son – science and arts flourished. The rich families competed with each other in sumptuous building period mansions on the lake shores, the design of which was entrusted to highly acclaimed architetcts; Villa Salazar and Villa Olmo, designed by Simone Cantoni, and Villa Saporiti, designed by Luigi Pollak, are the clearest examples of the incipient neoclassic art. Leopold II continued the enlightened policy trying to promote the economic life of the town. For this reason he controlled, by regulations, the activity of works and markets besides reducing tolls. Alessandro Volta, world-famous physicist and inventor of the electric pistol, the electrophorus, the condenser and – most important of all – of the voltaic battery, was born in Como. His experimental activity is charted in its most significant aspects in the “Tempio Voltiano” (Volta Temple), a neoclassic memorial built next to the lake at the beginning of this century.