Torno
Just a few kilometres along the road from Como to Bellagio, one comes to the village of Torno. This pretty lakeside resort is situated on a height and has a view of Moltrasio and, behind it, of Monte Boletto.
Of ancient origins, from the 13th to the 16th centuries the village was famous for its thriving textile trade of wool and tapestries, which were even exported to Germany across the Alps.
In 1522, however, it was almost destroyed by the Spanish. Of the numerous medieval fortifications that existed, the ruins of the wall of the Castello are still visible, on the shore of the lake, and the Porta Travaina can be seen on the road to Piazzaga. It is possible to climb Monte Piatto from Torno and you find a beautiful view from its peak. Not far among the erratic masses of rocks, one can make out the pietra pendula (hanging stone) balancing on a rock.
SIGHTS
The Church of San Giovanni
This church is located in a panoramic position. It has a Renaissance portal in marble (late 1400s) by artists from the area of Rodari and marble statues and groups. The interior has one nave and a timber roof. The Romanesque bell tower (early 12th century) has plain brickwork walls. There are four panels with small arches. There is one level of mullioned windows with one opening and one level with two openings and double arches. The whole building was extended towards the end of the 15th century and was later modified in the 1600s and the 1700s. 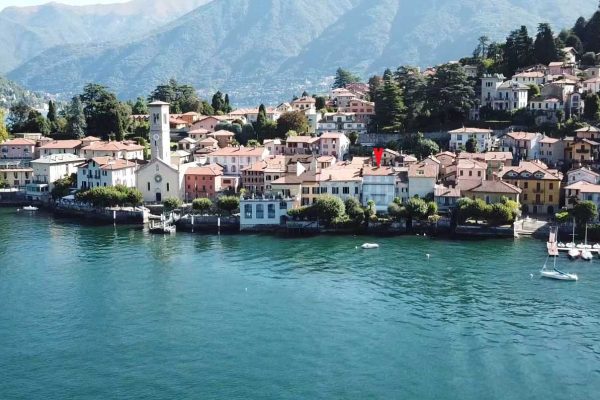 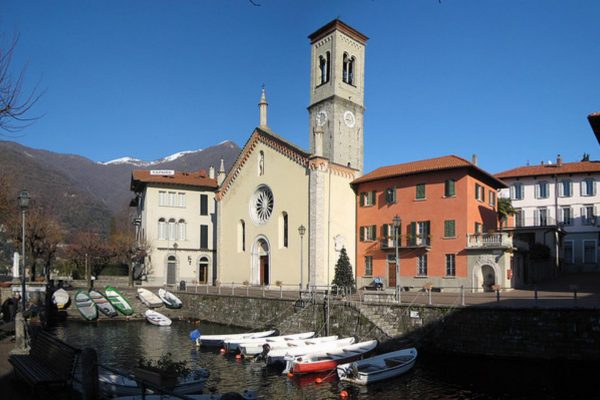 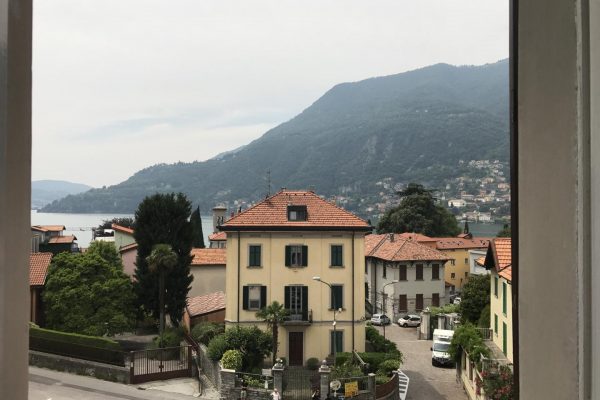 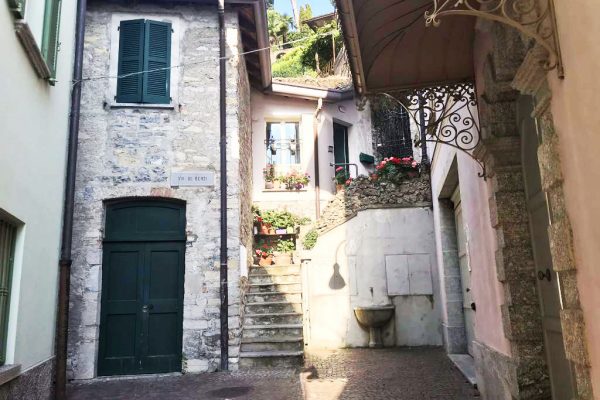 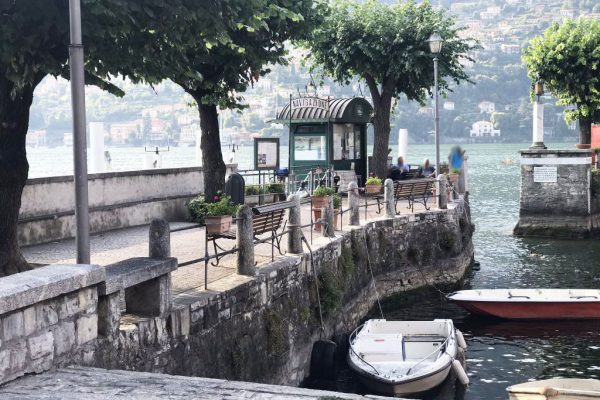 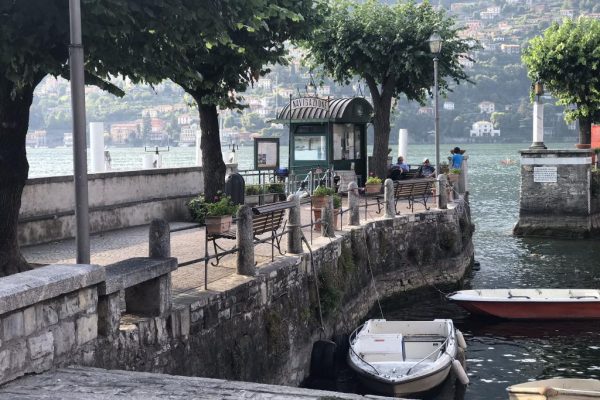 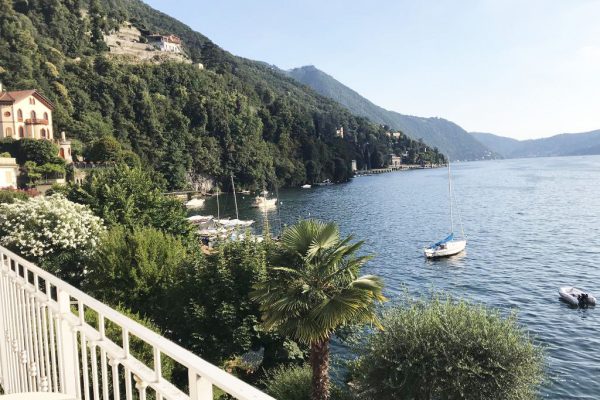 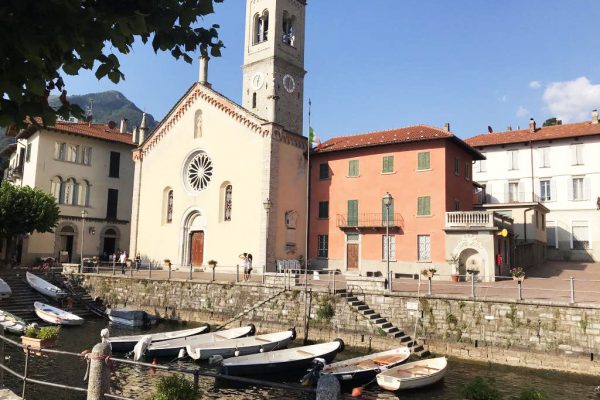 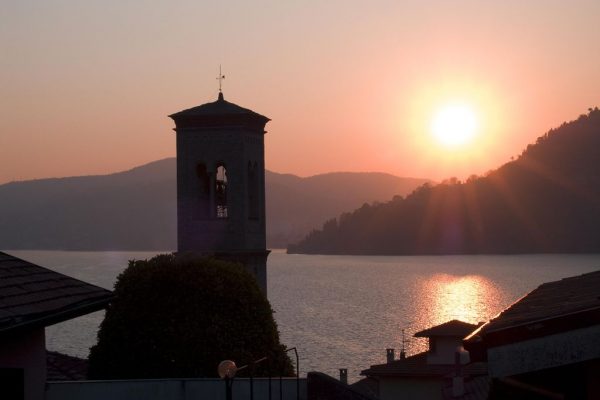 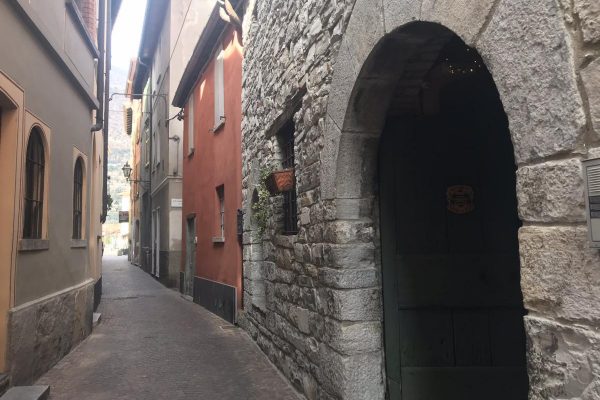 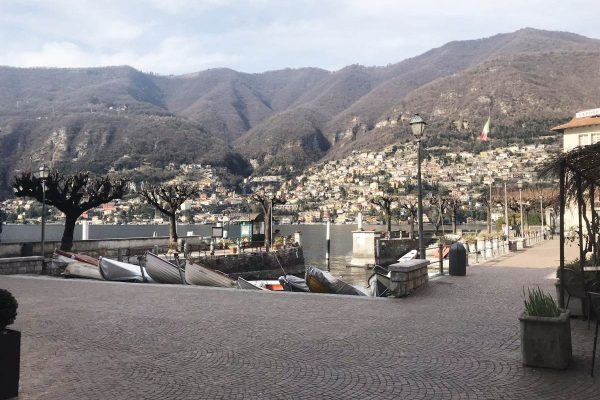 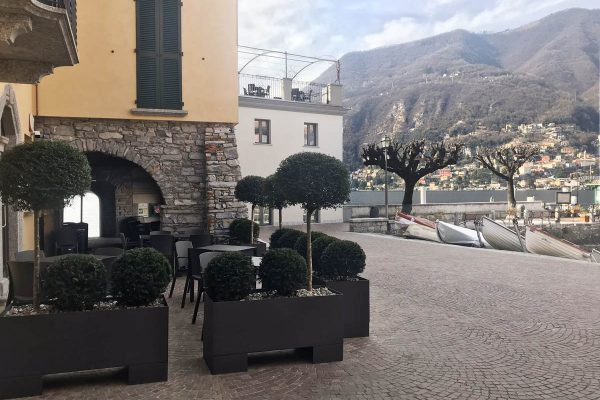