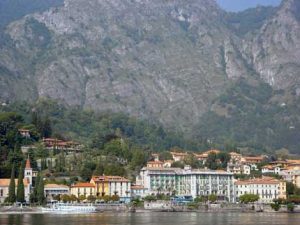 In the past, it was the destination of famous figures, like Giuseppe Verdi. Indeed, it was here that he wrote part of La traviata. In more recent times, it was Chancellor Kondrad Adenauer’s choice for a pleasant place to relax.
The most important locality, in Griante, is Cadenabbia, which winds along the road on the lake’s edge. Here the lake reaches its widest point.
At the north of the headland of Bellagio, there is a superb line of hotels, villas and parks: Villa Carlotta, built in 1.747; Villa Margherita Ricordi, which hosted Giuseppe Verdi, and villa Rosa where Adenauer stayed. There is a ferry boat service from Cadenabbia to Bellagio and Bellano.

Villa La Collina
Built in 1.899, by the Suardi family, on the ruins of a loo-out tower, with a magnificent park, it overlooks the northern part of the lake and Bellagio, on the opposite shore. Since 1.977 it has been the base for Konrad Adenauer Foundation.

The Church of San Martino
Built in the fifteenth century, in the park of San Martino on the headland above the village, it subsequently had an extension added and inside holds the statue of “La Vergine delle Grazie”.